All About Penn State

Student Rentals for Penn State University are for sale and are a great alternative to renting. Below is a list of the current properties available.  These condos range from a studio apartment to a 4 student condo.  Call KBB at 814-234-4000 to tour in person, tour via video, or just learn the details of these properties.  If you have a student rental in your investment portfolio and are considering selling, have you considered a 1031 Tax Deferred Exchange?  This can be an excellent option for reinvesting your capital and saving on capital gains.  We are educated on this topic and we are ready to recommend Qualified Intermediaries for you to talk with.

THON is just around the corner with the weekend set to begin on Feb. 19.

Unlike past years, the event will be held completely remote.

The entire 46 hours of THON will be available through a livestream on THON's website. The stream is set to begin at 6 p.m. on Feb. 19.

The livestream will be broadcasted by 46 Live, a student production company at Penn State.

Penn State Ranked one of the best online learning institutions

All about Penn State: Penn State Ranked one of the best institutions for online programs

Now more than ever, online education is very important as it may be the only option for some people. Cyber learning and working from home are a new normal for everyone.

For the fifth straight year, Penn State is the most recognized university in U.S. News and World Report’s annual rankings of the best online degree programs in the country.

The Spring Semester has been delayed for students to return to campus due to the virus. In-person classes have been delayed until Feb.15th following the remote period.

At this time, classes will transition to their regularly scheduled mode and resume across all campus locations on Feb. 15, though this date could change based on health and safety factors and guidance from the state. As currently scheduled, the 15-week semester will end on April 30, with finals week following from May 3-7.

This decision is also in alignment with the recent health and safety recommendations for higher education institutions from Pennsylvania’s departments of Health and Education.

All Students must have a negative test result before returning to campus this Spring if they live on campus.The university is not *officially* regulating these procedures for students who live off-campus, but this doesn’t mean...

This Saturday Penn State's game against Michigan State will kick off at 3:30 p.m. at Beaver Stadium on ESPN. This was announced Sunday afternoon. The Nittany Lions are coming off of back-to-back wins against Michigan and Rutgers, their first 2 wins of the year.

Penn State opened their season with an 0-5 start which was a record setting loss streak before they won the last 2 games. The game against Michigan State this weekend should be a good one.

Michigan State owns the all-time series lead over PSU 17-16-1, and the teams have split the last four matchups. Last year, Penn State won over Michigan State 28-7 for their 8th consecutive win of the season.

After the win last week against Rutgers it seems as though Penn State may be finding their identity again.. they had their largest halftime lead of the season. Though it may be tough to take the losses at the beginning of the season as coach Franklin said "Most importantly,...

All About Penn State: The Arboretum

The Arboretum at Penn State has been recognized as a top location in PA. According to a release from the state's chapter of the American Planning Association "Great Places" are determined by the group for its Great Public Places" category.

The nomination was made by the College Township Planning Commission because the Arboretum is "truly a great place that perfectly blends science and aesthetics."

The mission of the Arboretum is to engage the acedemic strengths of the University in promoting scholarship and education about plants and their history and importance on earth.

Since 1914, Penn State's trustees first set aside land for the arboretum and it has been growing ever since. The Arboretum strives to be a place of beauty and renewal, a venue for...

The Centre Film Festival will present a weekend of entertainment and insight with a curated selection of films. For the safety of all, this year the festival will be conducted virtually.

“We loved our inaugural year here in Centre County and at the Rowland Theatre, and we will miss seeing our community face to face this year,” said Pearl Gluck, artistic director of the Centre Film Festival and an associate professor of film production in the Donald P. Bellisario College of Communications at Penn State. “But, until we get back into the theater, and because of being able to conduct the festival virtually, we are able to bring filmmakers from all over the world and our country to people in their homes. We are really looking forward to the online conversations we will be able to have with our community as we watch films and discuss them.”

Election day being November 3rd, which is coming up in just a few days- it is important that Penn State students are able to safely get their votes in.

Election offices across the country have had to determine the best ways to allow voters to safely cast their ballots amid the coronavirus pandemic, and Centre County is no exception.

This center was a relocation of two polling places for the precincts 24 and 44, which were formerly in the...

Penn State Football is finally back this Saturday, October 24th! The Penn State Community is very excited to get to watch the team play and be back to somewhat of a normalcy in Happy Valley.

UNIVERSITY PARK, PA. — As the Big Ten returns to competition and Penn State’s fall sports season ramps up, the University’s commitment to its strong partnership with the local community is playing a central role in planning to support Penn State teams. The health...

ALL ABOUT PENN STATE- Penn State Football is back!

The Big 10 announced this week that they are going to resume the 2020 football season. That means Penn State Football is back!

They announced that the season is set to begin Oct. 23-24. The release included significant detail about daily testing for COVID-19 and the establishment of a cardiac registry to determine the virus' effects on athletes.

If a player is diagnosed with COVID-19, he must wait 21 days before returning to play. Daily testing will begin by Sept. 30, the conference said.

Penn State Athletic Director Sandy Barbour stated "The opportunity to safely return to athletic competition is a positive for not only... 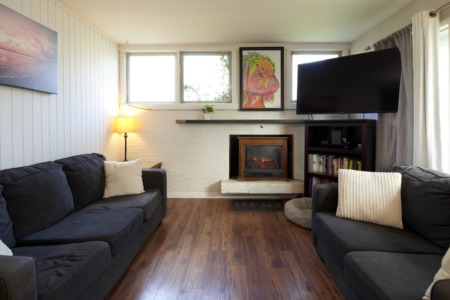 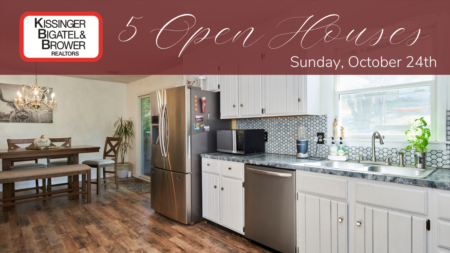